Skip to primary content
The Quick and Dirty on the Four Paths to Success in the SWO Reserve Component:
Why you care:

The AC SWO career path is clear.  We can all quote it from memory.  DIVO Tours, Shore Tour, DH, O-4 Command, Joint Tour, O-5 XO-CO Fleet Up, Major Staff Tour, Major Command, etc.   Now you’re an RC SWO.  Unless you live near a Fleet Concentration, you’re alone  and unafraid.  Unless you’re activated, you haven’t been near anything haze gray in years.  There aren’t reserve ships anymore and unless you’re going to forego a civilian career and be a professional reservist, the career path is clear as mud.
Fortunately, the Senior RC SWO’s recognized that and have spent three years hammering it out so that you can have a framework of milestones while you manage both your reserve and civilian career paths.  The items listed below are career tracks or specialty career paths.  There are four of them and in this post, we’ll touch on who they are and what they do.  Follow on posts will go further in depth on their details.  Since you now have a clearer idea of the RC SWO force structure, you can set about figuring out where you want to fit in and how to get there from here. 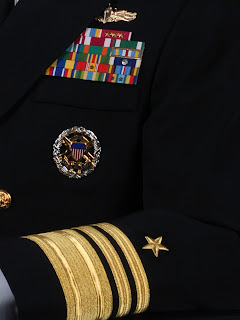 If you’ve got great gouge or experience please share at http://www.swotivater.blogspot.com  Any comments and criticism of the information are greatly appreciated so that we can build a better resource for everyone to benefit from.