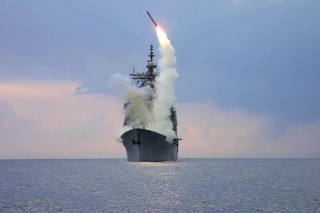 Welcome to the New Year!  For those of you that have been paying attention, the CNO has released his strategic guidance, “A Design for Maintaining Maritime Superiority”.  What is very evident in this document is the lack of rhetoric related to “winning the war of terrorism”, defeating Communism or any other such bellicose statements.  Rather, it is a document that appears to take one step back, review the global landscape and assess the Navy’s role in shaping it.

In a Globalized world where individuals are connected via various elements of the Global Information system, news travels fast and an idea can catch fire in an instant.  In this document, Admiral Richardson, recognizes that his Sailors and Officers are part of this global network.  The “new” generation of Sailors and Officers has instant access to information and global social networks.  This is both a curse and a blessing.  Sailors and Officers can be more informed about issues, potentially.  On the negative side, these same individuals can transmit information or ideas that may be counter to wearing the Uniform.  Social media and the military is an interesting topic and it deserves its own discussion.

Back to the CNO’s guidance and one of the many important topics mentioned within this document.  Sailor 2025, or the Navy’s Talent Management initiatives covers a wide range of separate lines of effort that are all designed to improve the Navy’s ability to recruit, develop and retain the best talent for the future.  In particular, these Talent Management initiatives recognize that even with the best tools in the world, if we don’t have the “right” people working with them, it will make very little difference.

To recruit, develop and retain the right people, the Navy has embarked on its most ambitious series of personnel changes in decades.  These efforts, for organizational purposes, are separated into the 3 broad headings, each of which is chaired by an Admiral.  The three pillars are Personnel Systems Modernization, Ready Relevant Learning and Enriched Culture. 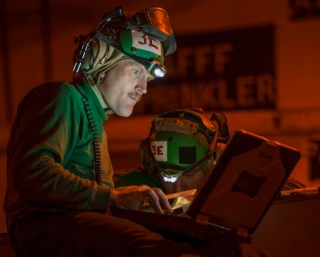 Of particular note is the Personnel Systems Modernization Pillar as it covers a number of related initiatives designed to broaden opportunity, update antiquated personnel systems and provide greater career flexibility.  Among the early roll-outs are the Secretary of the Navy’s Tours with Industry, Fleet Scholars Education Program and CIP (Career Intermission Program).  Tours with Industry places top performing Enlisted personnel and Officers with a sponsoring organization for 11 months, during which they will immerse themselves in the sponsoring corporations culture.  Currently, the Navy has 5 Officers with the program, 3 with Amazon and 2 with FedEx.  Next year, they program is expanding to 34 Officers and Enlisted.  Fleet Scholars will place up to 30 Officers with a top University of their choice to earn a graduate degree.  Currently, 3 are involved with the program.  The Career Intermission Program allows Sailors to take time away from their Navy career to pursue and individual goal or to facilitate family planning.  The Navy will be expanding this program with the hopes that more will be able to take advantage of this great opportunity.

For the first time in many decades, money, technology and leadership are aligning to make significant improvements to the Navy’s talent management efforts.  Understanding that people are the Navy’s greatest asset has facilitated a true effort at making wholesale changes in hopes of becoming an employer of choice for generations to come.  These are exciting times and the Navy that our children will enjoy will most likely be very different than our Navy.